You’re practicing and practicing and even putting in longer hours. You’ve acquired self-discipline and a handful of wisdom that taught you to concentrate on ‘quality over quantity’. You’re seeing the results. It’s paying off and after 10 years of drumming, you’re well on the way. But wait? What’s this? A drummer that’s only been playing for 3 months and he’s playing circles around you! WTH?!! A child prodigy? Vinnie’s son? Nope, it’s a new gadget that he simply strapped on and made him into an instant drumming superstar overnight!

While we’re having a little fun, we’re not exactly far off and neither is this amazing, scientific device. The gadget is attached to an appendage of your body and utilizes science called proprioceptive interaction. If you’re looking for someone to blame just blame science, lol. 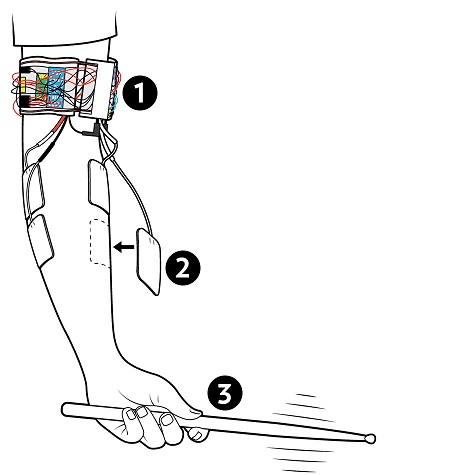 Unless you’ve had your head buried under a rock, you’ve been hearing about advances in AI (short for Artificial Intelligence). It powers everything from mobile phones to robots utilizing speech recognition, eye movement and so on. Walmart even managed to put thousands more low income workers out of a job by purchasing AI robots to clean their floors. Just when we got used to drum machines taking our gigs, now it will be arm(ed) robots! 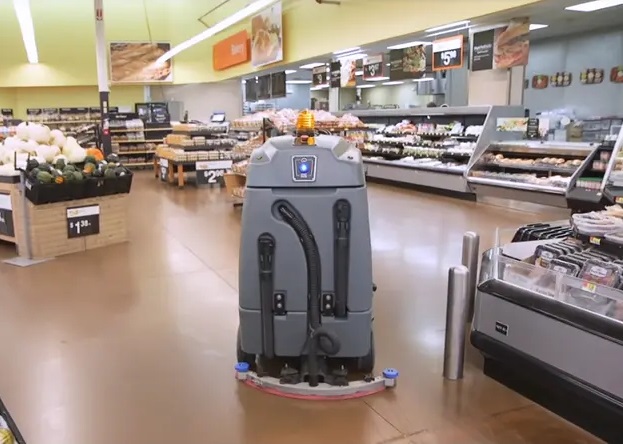 How will all of this happen? Well through a serious of programmed muscle contractions in a particular speed and sequence, your arms/legs will soon be playing drums robotically. With the utilization of AI through muscle memory, the sky is the limit regarding the possibilities of what is ahead of us and researchers at the University of Chicago are on the trail. Just like the demise of rotary phones and cassette tapes, today’s methods of learning drums and percussion through traditional methods, drum lessons and our approach to learning and playing will likely change significantly in the coming years.

So throw out all of those drum lesson books and videos and start saving for your very own Bionic Drummer Arm 3000. Maybe you’ll be on the cover of Modern Drummer afterall. The first one to master that baby gets the gigs!  🙂

Categories: Drumming
ai artificial intelligence drumming drums drumset
Prev postNext post
The Power of Drums is a captivating movie documentary made on the road and chronicling the experiences of
Read More
Here are our Top Picks for Drummer Gifts!  After 20 years specializing in gifts for percussionists, we know
Read More
National Drumming Day – Do you tap out rhythms on your desk or air drum along to your favorite
Read More
This guy is one of the best. You’ll hear speed, chops, musicality, metric modulation, amazing creativity, endurance and
Read More

Got Music? Travel Mug For Musicians

The Got Music? Travel Mug is perfect for the musician who is always on the go! A awesome gift idea that you know they will most certainly make use of.
View on Facebook
·Share

Mixing Board Lamp with Vintage Design – Lighten up the mood in a music recording studio with this Mixing Board Lamp! Features a stylized print of a mixing sound board going around the shade. Everyone will understand your passion for high quality sound when they take one look at your unique lighting.
store.drumbum.com/product/mixing-board-lamp/

Mixing Board Lamp for Sound Engineers

Buy this mixing board lamp for your favorite sound engineer. This affordable lamp will bright any studio or room within their home. A wonderful music gift!
View on Facebook
·Share